Puppy Bowl 2022 lineup: Meet the adoptable dogs, how to watch

Before that other big game, more than 100 adorable animals from shelters across the country will face off in the Puppy Bowl.

WASHINGTON — Sunday marks the biggest US sports event of the year, one that fans look forward to all season. That’s right, it’s time for the Puppy Bowl!

The three-hour event will feature more than 100 pups competing for Team Ruff or their bitter rivals, Team Fluff.

The game is a celebration of adoptable pets. All the dogs in the Puppy Bowl and the cats performing at halftime are from shelters. The entire program is designed to raise awareness about adopting pets from shelters and rescuing abandoned animals.

For 2022’s game, the athletes come from 67 different shelters across 33 states. 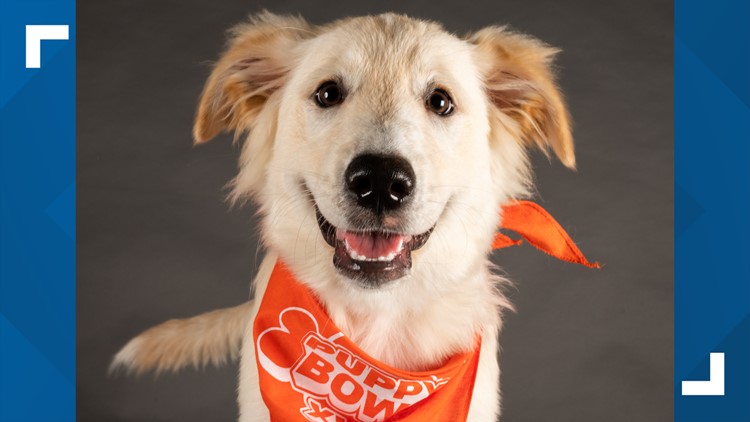 As usual, Dan Schachner will be refereeing (or, Ruff-ereeing) the Puppy Bowl, calling penalties, tumbles and touchdowns. Also returning are live commentators Steve Levy and Taylor Rooks, who will give play-by-play coverage of the adorable matchup.

The Puppy Bowl XVIII Pre-Game show begins at 1 p.m. Eastern on Animal Planet and on the Discovery+ streaming service.

Animal Planet’s “sports correspondents” Rodt Weiler, Sheena Inu, James Hound, and field reporters Mini Pinscher and Greta Dane will give the inside scoop on this year’s Puppy Bowl Draft ahead of the big game.

The Puppy Bowl itself kicks off at 2 p.m. Eastern, right after the Pre-Game show.

Animal Planet promises this year’s edition will include fan-favorite elements like the water bowl cam and slow-motion replays,

It will also be the TV debut for President Joe Biden’s puppy Commander.

The German shepherd will appear with Biden’s wife, Jill, in a video message about pet love sometime during the game.

All of the puppies and kittens that have participated in Puppy Bowl previously have wound up being adopted. Hopefully this year’s roster will find their forever families, too!

The Associated Press contributed to this report.